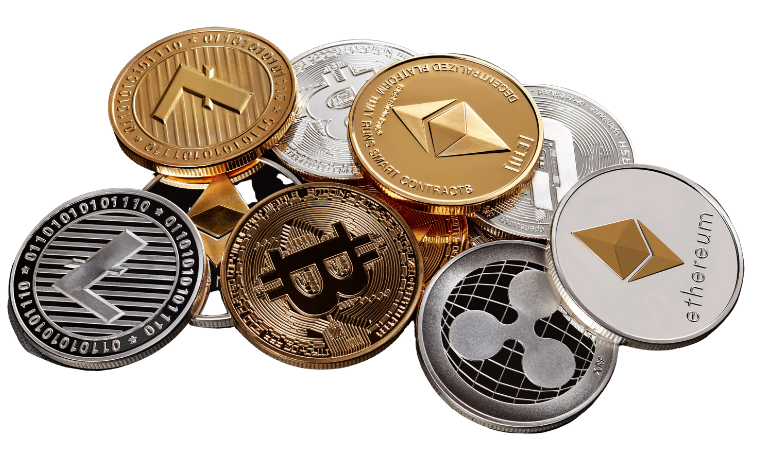 Bear market has crushed so many dreams, marriages and sadly, probably some lives too. The flood of shitcoins that swept the market in 2017, slowly but surely waned in 2018, so we started with an almost clean slate in the following years.

Those that survive this year are definitely worth a deeper look and consideration.

Most undervalued crypto to invest in 2021

Founder is a Mozilla Co-founder and creator of JavaScript. Enough said. Use case is excellent as digital advertising in current form is completely broken from all aspects (aside of the middlemen’s view, they profit nicely). Brave Browser is already boasting big numbers of active users: 25+ million. Team is professional and very reactive to community feedback so the product is improved almost in a daily pace.

Even though it is a very known project, ADA is extremely low in terms of price. However, Charles Hoskinson led team is one of the most active and competent crews in the crypto industry which is reflected in the progress the whole Cardano project made in the last years.

It is now to be seen how will market react to the actual usable projects that will pop up on Cardano blockchain.

With ETH 2.0 moving on smoothly, Ethereum token value has no other way to go but up.

Formerly known as Matic Network, Polygon is an interoperability and scaling framework for building Ethereum-compatible blockchains.

It seeks to address some of Ethereum’s major limitations—including its throughput, poor user experience (high speed and delayed transactions), and lack of community governance—using a novel sidechain solution.

As part of the new strategy, the project also included prominent Ethereum developers and influencers such as Hudson Jameson, Ryan Sean Adams, Anthony Sassano and John Lyric as advisors.

Polygon’s SDK and platform transform Ethereum into a multi-chain system. This is the same as other projects such as Polkadot, Cosmos and Avalanche.

The MATIC token is used for a variety of purposes in the Polygon ecosystem, including participating in network governance by voting on Polygon Improvement Proposals (PIPs), contributing to security through staking, as well as paying gas fees.

Synthetix is a decentralized synthetic asset platform that provides on-chain exposure to real-world currencies, commodities, stocks, and indices. These synthetic assets (Synths) are backed by Synthetix Network Tokens (SNX) locked into a smart contract as collateral. Synths track the prices of various assets, allowing crypto-native and unbanked users to trade P2C (peer-to-contract) on Synthetix Exchange without liquidity limitations. Previously, this project was launched as Havven (HAV), a decentralized stablecoin protocol. The published white paper still refers to the previous project, Havven.

Synthetix is the project that is experimenting with the most progressive idea on the synthetic token and the protocol economy.

Holochain is a post-blockchain technology that is energy efficient decentralised app development platform that is truly peer-to-peer without the scalability issues of existing Blockchain projects.

Holochain is like having access to all of the capabilities of all of the Internet apps simultaneously without needing an API, because the languages are entirely compatible. Holochain is the equivalent of having an IFTTT layer built underneath the entire Internet.

Because the information isn’t forced to sit uniquely in each application, the end user can create a customized experience with the parameters of their choosing. The possibilities for data mining and consensus building are endless. End the data-monopolies of Facebook and Google. If we choose to use Holochain, we choose how our information is shared and empower the commons to utilize it for collective growth and understanding. Source for this wonderful description of Holo is this guy.

When you hear the description of Holochain, you get excited. The project is bleeding edge tech and it grabbed attention of some mainstream media that reported about it. Right now it is still closer to an idea rather than to an actual realization but the potential is immense.

Ravencoin, a fork of Bitcoin, is a relatively young token; it’s only since January 3, 2018 that it’s been hovering among the crypto currencies.

It aims to be an Ethereum of security tokens.

Ravencoin blockchain is designed to serve specific purposes. On the one hand, it should help to determine ownership of assets in a flawless manner. On the other hand, Ravencoin, similar to Bitcoin, wants to make direct payments possible. As the open source project on the homepage emphasizes, it is completely decentralized: Neither master nodes nor especially no ICO are behind the project.

Bruce Fenton, high profile expert from traditional finance sector, is the father of Ravencoin. Bruce is known an early Bitcoin advocate, who worked as Executive Chairman of the Bitcoin Foundation from 2015-2016.  His experience led him to discover the future of blockchain’s potential for the financial securities industry.

Tron Black is one of seven lead developers of Ravencoin works for Medici Ventures, a wholly-owned subsidiary of Overstock.com. Bruce was friends with Patrick Byrne, Overstock.com’s CEO, and this is how Tron became involved with Ravencoin.

Of course, the king is actually the most undervalued coin on the market.

When we consider that 95% of altcoin projects are either misplaced ideas, scams or pipe dreams of incompetent but greedy “entrepreneurs”, BTC is the actual heart pump that keeps the whole industry alive.

I am not gonna parrot all of the standard bitcoin maximalists mantra about censorship, decentralization, trustlessness, capped supply and controlled inflation, but I am going to say this: there is a generational flux that is happening right now as the baby boomers shift from the active to elderly population cohort, leaving their posts and decision making instruments to the new generation.

That new generation is much more apt in the digital world – it is the world they entered as very young, some of them (millenials) even born into it. For this new, decision making generation, is perfectly normal to carry around the knowledge of the whole world, billions and billions of books, millions and millions of libraries, in their pocket. Why wouldn’t it be normal for them to carry a bank, an instant value transferring machine, in their pocket as well?

To finish it up, just take a look at this simplistic and optimistic but still not unrealistic daydreaming projection of one Bitcoin maxi: 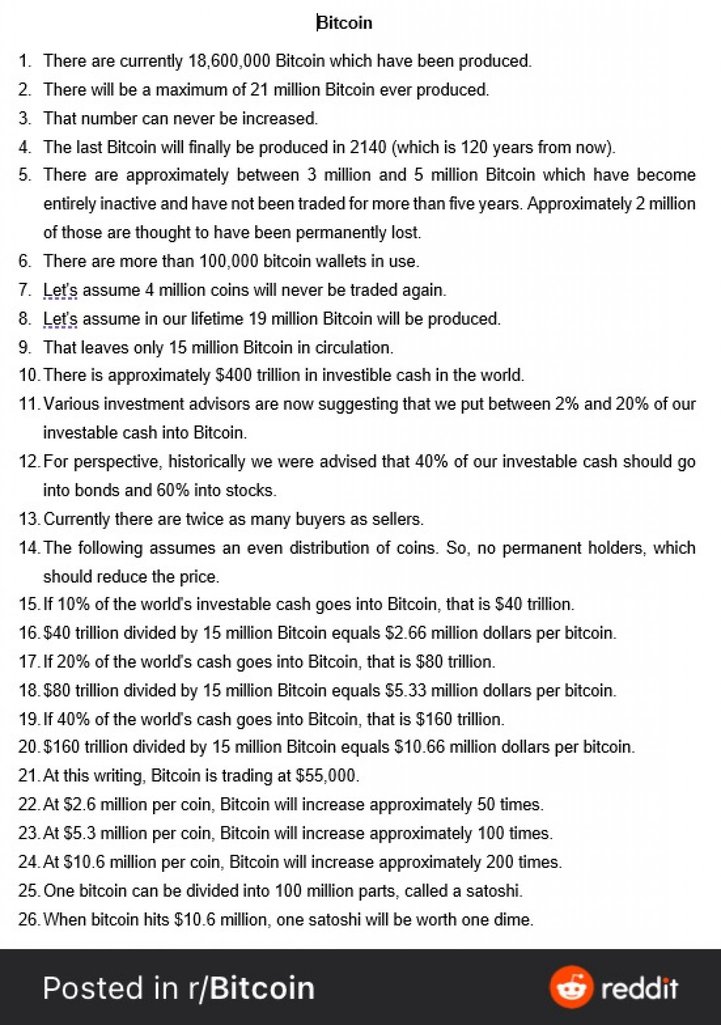